What to Do if Facing a Domestic Violence Charge in Florida?

Anyone facing a domestic violence charge in Florida needs to know that their future is in jeopardy.

Domestic violence crimes can occur in just a few seconds but hang over both the accused and the alleged victim for the rest of their lives.

What Is Domestic Violence in Florida?

Domestic violence in Florida is a term that covers a broad range of violent behaviors between family members or other household members.

Florida Statute 741.28 states this may include:

‘Family or household members’ may include:

The people involved must currently be living together or have previously lived together in the same building. However, there is an exception if the accused and the accuser have a child in common.

What to Do Next – After a Domestic Violence Arrest in Florida?

If you’re facing a Domestic violence charge in Florida, you should not underestimate the consequences this can have on your life.

By contacting a Florida criminal defense attorney, you’ll gain the advice of someone who knows how to navigate the legal system.

Getting on the right side of the law is crucial.

We know where to look for holes in the prosecution’s case and can build a strong defense in the face of false accusations. We also have a strong standing in the Pinellas County court system – the judges know us, giving us a strong position to win you some leniency.

Feel free to contact us today for a free consultation.

What Defences Are There for Domestic Violence Charge in Florida?

The routes to defend a domestic violence charge in Florida depend on the circumstances. For example, if you’ve been falsely accused, then we’re handling a very different scenario to when someone has been arrested for an incident where there is clear evidence and injuries.

By having an experienced, respected Florida criminal defense lawyer on your side for a domestic violence charge in Florida, you can contact the prosecution and victim early. Taking action fast can have a major impact on whether the State decides to press charges.

In some scenarios, accusations can be exaggerated or outright false. A Florida criminal defense attorney may ask:

In scenarios where you are obviously at fault and have little chance of proving your innocence, you can attempt to win some leniency by taking responsibility to overcome your anger issues.

For example, by voluntarily participating in counseling, alcohol support groups or anger management programs, you can sway the prosecution’s opinion in your favor.

Doing so could potentially make your penalties considerably less severe.

The state often quickly issues ‘No Contact’ orders, preventing alleged victims from interacting with the accused. However, in some circumstances, you may be able to file a ‘Motion to Modify Condition of Release’ – allowing you and the alleged victim to meet again, which in some scenarios may be beneficial for both parties.

In most cases, domestic violence cases will avoid trial. But by preparing in advance and showing you’re ready to fight in a trial, you can potentially reduce or clear all charges before we get to that stage.

Potential Penalties for a Domestic Violence Charge in Florida

Consequences on Your Life

Anyone facing a domestic violence charge in Florida should know that the consequences are far-reaching. They can haunt you for decades. For example, you could experience:

What Penalties Could You Face?

The penalties you could face for domestic violence charges in Florida vary depending on the specific charge – such as a domestic battery.

If a person is guilty of a domestic violence crime, with intentional bodily harm, they shall serve:

If intentional bodily harm was caused to another person in the presence of a child under 16 years of age (who is a family or household member), they shall serve:

However, the above mentioned does not prevent the court from sentencing the accused to probation, community control and additional periods of incarceration.

What If I’m Charged with Domestic Battery?

If you’re additionally charged with domestic battery in Florida, you could face up to 1 year in jail or probation with a $1,000 fine. Domestic battery is a first-degree misdemeanor.

Chapter 741 in Florida Law also states domestic battery criminals may be ordered to:

If you’re the victim of domestic violence in Florida, you can contact the following numbers for support:

If you’re facing domestic violence charges in Florida, it is highly advised that you contact a Florida criminal defense attorney as soon as possible.

Whether you’re facing false allegations or you need defense for a mistake, having legal support on your side could save your future.

Ranger Jackson is a top-rated criminal defense attorney in Pinellas County. He has handled countless carrying concealed weapons charges in his career. He is a partner at Battaglia, Ross, Dicus & McQuaid, P.A., one of Tampa Bay’s most prestigious law firms with the reputation and connections to make things happen.

With decades of experience helping people like you, we believe there is no better place to help you fight a domestic violence charge in Florida. 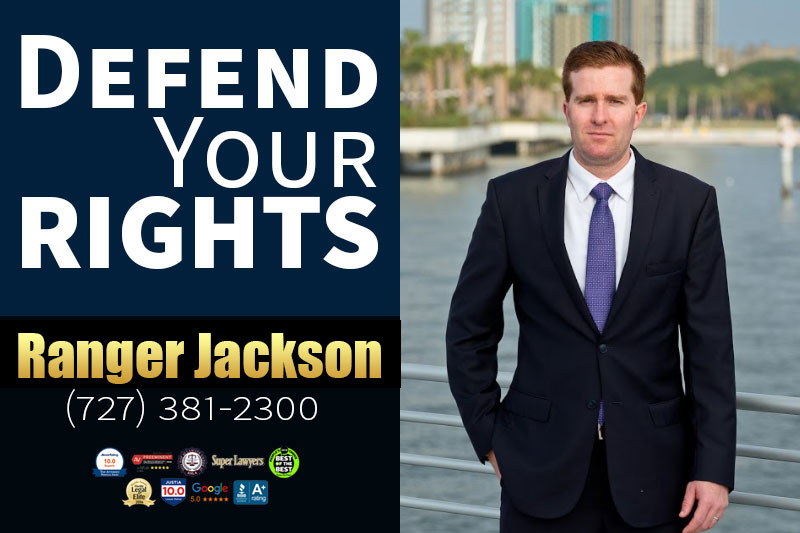